Resolving conflicts in the workplace No matter the size or level of success of your organization, there are bound to be conflicts. With individuals coming from a variety of backgrounds and bringing a host of personality traits, workplace methods, opinions and tolerance levels to the table, workplace conflict is inevitable. It’s important to identify what conflict looks like before discussing conflict resolution.

What is conflict in the workplace?

Conflict is defined by Webster’s dictionary as a “sharp disagreement or opposition of interests or ideas.” Workplace conflicts, sometimes known as organizational conflicts, occur between or among individuals, team members or departments in a company. Sometimes these conflicts can resolve themselves on their own, but if left to accumulate and grow, they can have a detrimental effect on the team and the organization, causing productivity loss and high turnover rate.

What are the causes of workplace conflict?

Conflict within a company can be caused by a variety of issues, but they can be categorized loosely into two areas:

More specifically, employee conflict can come as a result of:

What are the effects of conflict in a workplace?

According to a study by CPP, Inc., employees in United States companies spend approximately 2.8 hours each week involved in conflict. This amounts to around $359 billion in hours paid that are filled with – and focused on – conflict instead of on positive productivity. The figure is the equivalent of 385 million days on the job going toward the goal of arguing, as opposed to being put toward collaboration. A full day of productivity each month. This is two and a half weeks of productivity each year.

Statistics on Conflict in the Workplace

How can you recognize conflict in the workplace?

Unless you’re in the middle of the conflict, you may not even know there’s a problem. Some telltale signs that there’s something amiss include avoiding communicating or direct eye contact, raised voices, an increase in gossiping or hushed talk, offhand negative remarks and just an overall sense that those around you aren’t happy.

Look for some of these signs among employees and team members that there could be a problem or conflict:

What are some conflict resolution strategies?

In the 1970s, Kenneth Thomas and Ralph Kilmann developed a model of conflict, describing conflict as the condition in which people’s concerns are incomparable. If the things that two people care about are opposed, then there are conflicts. According to the Thomas Kilmann model, we each have a natural approach to managing conflict that comes in the form of assertiveness and cooperativeness.

How do you resolve conflict at work?

If the Conflict is Between You and Another Employee

If the conflict is between you and a co-worker and you’re not ready to take it to your manager, there are some initial steps you can take to try to resolve the conflict on your own.

Start by putting yourself in your co-worker’s shoes.

Could they be struggling with other issues? Could they have the wrong impression of you and your actions that could be rectified with a conversation? Is there a situation you can think of that may have served as a catalyst for the conflict? Before you approach the other person, make sure you are in a proper head space where you are not defensive, open to a discussion and ready to listen.

Find a good time to talk.

You might be tempted to pop into your colleague’s office when you’ve finally mustered the courage, but avoid the surprise attack. Be respectful of that person’s feelings – after all, there is a conflict – and schedule a convenient time to sit down in private to talk. Also, try to make it as soon as possible so the other person (and you) aren’t stressing over the meeting.

Be open and kind.

Pointing fingers and half-hearted apologies won’t get you very far. What you want here is for both of you to discuss the issues surrounding your conflict while also acknowledging the positive aspects of your working relationship. Stick to prefacing your statements with, “I feel …” instead of “You always ….” “I feel like if we could find a better way to organize this project we would be more successful” sounds much better than “You always forget to copy me on important emails so I look stupid in the meetings.” The best case outcome of this meeting is that you can both be more successful, which can only come if you are able to resolve your differences.

Now it’s their turn. Let your co-workers share what’s on their mind and push off the urge to interject if you feel they’ve said something you feel is wrong. When they’re finished, summarize what they have said to ensure you’ve understood it correctly.

Based on both sides of the conversation, now is the time to come together and figure out how to make things work. In this discussion, it’s helpful to acknowledge their strengths and the positives they bring to the table, while in turn showing areas in which you could improve on your end.

Resolve or table the conflict.

You may not be able to resolve the conflict in one meeting, but it’s a start. If you feel as if you’ve agreed on a way to move forward more successfully, outline those steps and schedule a follow-up meeting to touch base. If you didn’t make as much progress as you had hoped, acknowledge the progress you did make and plan to come together at a later date or agree to involve a manager or other team member.

Once the conflict is resolved, or even if it is only partly resolved, resist the urge to talk about it among team members. The whole point of conflict resolution is to come up with a new way of doing things and move on.

If the Conflict is Between Two or More Employees

If you are serving as a mediator for two or more employees who are experiencing conflict, the Society of Human Resource Management offers the following process for you to handle conflict and work toward conflict resolution in order to function better as a team. While these steps are similar to the ones mentioned above, the most important differentiation is that you are there as a neutral party to ensure each person is heard and that the conversation stays on course.

What happens if the conflict at work cannot be resolved internally?

In some instances, internal conflict resolution techniques aren’t effective. If this happens, there are third parties you can involve to work with you to handle conflict.

When to consider outside counsel for conflict resolution:

What Else Can Help

The Benefits of Conflict Resolution

You want to create an environment where employees can work together effectively as a team, while being able to handle conflict as it arises using problem solving techniques. Conflict resolution cannot occur unless workplace leaders, managers and team members pay attention to signs of conflict and work together as professionals to listen to each other and provide solutions that will improve employee relations, productivity and company growth. 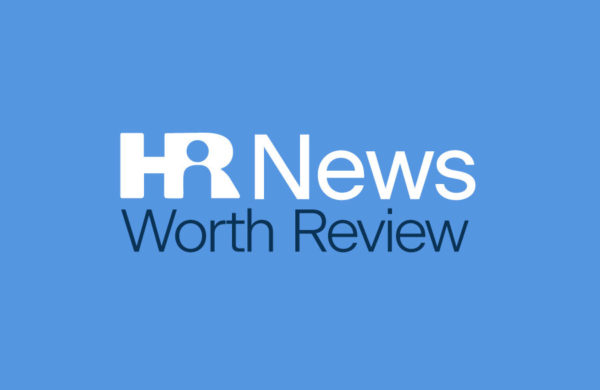